On the Move with Begüm Başdaş (7): with journalist Franziska Grillmeier on the long state of emergency for refugees in Greece 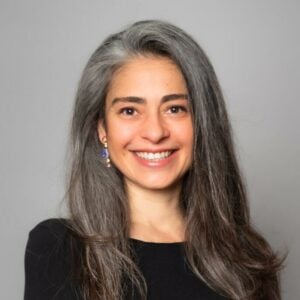 This week, Begüm Başdaş and her guest journalist Franziska Grillmeier based in Lesvos Island in Greece talked about the long state of emergency for refugee rights in Greece. Grillmeier said, “past year was a constant state of emergency in some way or the other” and added, “what we see in the new camp and also in the older camps is not a matter of political failure, but a matter of political calculation. You do not see lack of money or staff. You see lack of coordination.”

Spaces for freedom of press have been shrinking in Greece, especially with further restrictions and threats against journalists covering migration in the country. Grillmeier commenting on her experiences, noted that journalists have been blocked from reporting not only with the current government but also during Syriza’s term. However, she argued that this situation has peaked in 2020. When Turkey claimed to open its borders, many journalists arrived on the island to see only three boats arriving at the time. This was the last time Grillmeier could be present when refugees arrived on the island because she says, “now if I would go to a landing, I would for sure be taken to the police station and be questioned.” She added, “there is this sense of intimidation that you do not feel welcomed as a journalist.” Journalists are not allowed to enter the new camp in Lesvos freely and on how this affects her reporting, Grillmeier said, “I am losing the individual. I am losing the time to sit with someone and to share a cup of tea or lie under a tree and talk about life, see the tools of resilience.”

While many refugee rights activists demand the evacuation of the islands, Grillmeier argued that once people land in the mainland, they face very rough homelessness, get stranded in city squares or squat in the peripheries of other camps to access limited resources. She said “people remain there as satellites in the country with nowhere to go and this was the harshest realization also for myself that once you leave the camps, even if you are a recognized refugee, you are more rightless.”

The humanitarian crises in Idomeni at the borders of North Macedonia and Greece made it to the headlines in 2016 when thousands of refugees trying to cross were trapped. Since then, as the internal borders of Europe are closed, there is very few news about places such as Idomeni despite the fact that many refugees are still trying these risky routes. Grillmeier, who visited the region recently, said the villagers noted that there are about 200 refugees daily trying to cross the internal borders mainly with the cargo trains. One anonymous source who already witnessed five deaths told Grillmeier that “what does not even appear in the Greek media is that people get electrocuted on the way trying to cling onto the trains. The only thing on the media is if the train has delays, but not the deaths.”

With lack of transparency and increased spending on securitization, “where the refugee related funding goes to” remains an important question according to Grillmeier because the money does not get spent on dignified living conditions for refugees. She commented also that the “increased spending on securitization has a direct impact on the mental health of the residents of the new camp” in Lesvos.  Grillmeier also talked about the conditions of the new temporary camp in Lesvos that was built after the fire in Moria and defined it as a “constant place of re-traumatization and hurtfulness.” She further commented on the mental health conditions of the refugees, particularly children, on the islands.

Looking towards 2021, Grillmeier said “we have to have a very honest debate” and she added “the only thing we were talking about in Europe after the fire was the camps. The fire in Moria was the result of a complete mismanagement for the last five years, where actually the camp structure itself -the architecture of violence and deterrence- is the problem. We do not have a debate where we see that taken towards finding alternatives, like solidarity camps and alternatives like PIKPA that are closing this year.” Grillmeier commented that instead, the new isolated, controlled, semi-closed structure will be built on the island in September 2021 by Greece and EU Commission, where refugees will be contained and kept away from normal life. Grillmeier ended by saying “this is the moment I am fearing the most. If we lose this intersection, if we lock people even more than we are doing now, only the political and ideological lines would harden. This is what we see, and we are moving towards, as many people say, more of an Australian model, where you persecute people who are fleeing, lock them away and continue this policy of ‘out of sight’ that the EU is continuing since 2015.”

Franziska Grillmeier is a freelance journalist based on Lesvos Island. Her work explores themes of EU’s migration policies, health care in conflict and the consequences of forced displacement. She has previously studied International Development and Politics of Conflict Rights and Justice. Her work is published mostly in German speaking media such as Der Spiegel, die Zeit but also in English in Guardian and elsewhere.

On the Move with Begüm Başdaş (17): with lawyer Lorraine Leete on pushbacks and criminalisation of refugees in the Aegean Sea

It seems we can't find what you're looking for.