Will operations against Gülenists (FETÖ) ever end? 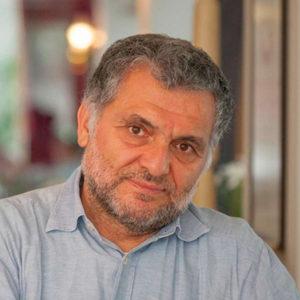 The operations of the Gülenists regarding secret structuring within the state, especially the Turkish Armed Forces (TSK), are endless. Why is this happening?

Hello good day. Today I want to talk about the Fethullah Gülen Terror Organisation (FETÖ) operations. But first of all, let me state that FETÖ is a term preferred by the state. I prefer to use the term Gülenism or Gülenists. However, I felt the need to say FETÖ, because all their operations and cases are referred to in the media and by the public as FETÖ. This definition Gülenist, was actually something that the Fethullah Gülen Terror Organisation gifted to Turkey. Because, during the Ergenekon case, in order to make Ergenekon more effective, in order to make the cases more effective, they took the decision to define Ergenekon as a terrorist organisation and then defined them as ETÖ – the Ergenekon Terror Organisation. Then their roads separated from the Justice and Development Party (AKP).

And years later the AKP government then added the letter F to the beginning of this ETÖ and turned it into FETÖ. To what extent is this existing structure a terrorist organisation? This is a very comprehensive, and essentially a legal debate. Yet when we look at the operations carried out, the never-ending operations – and again today we learned that nearly 200 people have been detained in Turkey in various provinces; almost all of them are members of the Turkish Armed Forces (TSK) and some of them are actual navy officers. There have been some who have already been expulsed from the army, but there are also many officers still on duty. So, in reality, we’re talking about a network of people who own guns. Therefore, these weapons could easily be used in an act of violence and terrorism. As a matter of fact, they tried this during the July 15 coup attempt and failed.

Why won’t these operations end, and why does it seem like they won’t end any time soon? We need to look at this from a few angles. Firstly, this shows us how deeply established Gülenism is within the state in Turkey, especially the military. In spite of the operations carried out – many of them took place immediately after the coup attempt, those who personally participated in the coup attempt, etc. there are a large number of confessions being made and continuous intelligence operations being carried out; In particular, through operation ByLock, hundreds and thousands of people have been detained and arrested because of the use of Bylock… some of them were convicted – but it is endless. It is clear that there is a very strong organisational structure indeed. It is an organisation that has been expanding for years. This movement has evolved in parallel with the Ferhullahist movement. We are talking about an organisation that has adopted the principle of organising within and infiltrating the state. Therefore, this organisation had already infiltrated the army from the beginning.

I’d like to share an anecdote. Years ago, when I was working for the Milliyet newspaper, I interviewed an officer who was expelled from the army through the decision of the Supreme Military Council. He had served in the Special Forces and was a Naqshbandi – subordinate to the Range group of the Naqshbandi. In the interview conducted, he told me: “We were carrying out our prayers, salaats out in the open. Our wives were covered. But the Gülenists were doing it in secret. Their wives usually did not wear headscarves. Some of them even used to drink in order to create confusion. But they kicked them out, then they kicked us out”… At that time, it seemed to me that this was proof of how serious this situation was being taken and that there was indeed a serious struggle against this organisation within the army. But we see that it is not the case at all; because some of those who were officers at that time were later promoted to the rank of general, to admiral, and we know that a large number of Gülenists were identified, dismissed, expelled from the army, arrested and sentenced. It is clear that such a structure indeed exists; despite all the operations, despite all intelligence, this illegal structure was unable to be shut down. And even though it became the first priority of the state after July 15, and despite all the operations carried out since then, the fact that they can still remain in the army and in the police, the Ministry of the Interior and other institutions, shows us how deeply this organisation exists within the state. This was my first point.

Secondly; we see that this organisation continues to exist in critical areas within Turkey, that they still manage to survive within bureaucratic realms and carry out activities in a coordinated manner; even if we do not see these activities openly, we see that as an organisation their structural relationships are ongoing. We already knew that they had given up on using mobile phones for a while now. But it is understood that other methods, first and foremost the use of pay phones – are being traced by the intelligence services of he state. And this turned into a never-ending situation. The fact that these operations are ongoing in Turkey, shows us how seriously Gülenism continues on with its illegal activities. Of course, this situation raises many questions.

What are they after? There is no open challenge being called. The executives etc. of the Gülenists are abroad and they aren’t raising their voices as loud as they used to. They aren’t showing themselves. It’s like they’re not doing much beyond preserving their existence. Why are those in Turkey still maintaining their structural relationships? For example, we know that some of them have escaped. Why don’t they prefer running away? Here, in some respects we see that many people have matched their fate with that of the organisation, with Gülenism. Maybe they see no future for themselves. They can’t see any other future. And at this point, the state and the rulers of the country should be questioned regarding the strategies of Gülenism.

When we look at this situation – we see it a lot in the case of the decree-law, clearly the state is running a very cruel campaign – the AKP government, the state. Other than the ones they favoured, somehow under their protection – this is an important issue, as I have said in previous broadcasts, since we have heard that there is a FETÖ exchange, and that someone has saved themselves from these operations  through material means. There is a very brutal state policy against those outside them. There is a total policy of struggle. I mean, not just throwing someone in jail, but putting them in custody. Beyond that, life for themselves and their relatives is really overwhelming. They can’t find any jobs. There are many different anecdotes, details.

Especially Ömer Faruk Gergerlioğlu – A People’s Democratic Party (HDP) MP – is conducting a very intensive study on this issue. He records almost all complaints. When we look at his statements, there are very serious human dramas and in some cases tragedies. From children in prisons to pregnant women. This ruthless policy of the state is limited to providing certain opportunities to confessors only, there is flexibility provided towards them. Apart from that, the policy of the state to eliminate all of them altogether, leaves no choice to some but the organisation itself. Such a dimension exists and it needs to be seriously questioned.

There was a campaign recently launched by a group living abroad who had left the organisation, broken away from the organisation, and struggled against it in a certain sense. I don’t know what stage it’s at. But there was a call to the state, to classify people – a correct call. When you categorise everyone in the same way, those who should not be categorised in the same way are sometimes forced to equate themselves with how they have been classified. We should not underestimate such a dimension.

Perhaps right in the beginning, after the coup attempt, people didn’t pay too much attention to all of this, but when children become involved, when people are treated as terrorists under a certain strategy, then this can harm all sorts of relationships; it can create all sorts of wounds. And it looks like more wounds will be opened. We shouldn’t forget this. Therefore, the fact that the operations are ongoing and the fact that the state adopts a harsh attitude, leaves certain people with no choice but the organisation itself.

Another thing, of course, is that the state actually likes this situation. When the state is in trouble, it uses FETÖ to get itself out of that situation. But they obviously don’t realise that they are digging their own grave too. Because after a certain time it doesn’t actually matter who is a Gülenist, who is from the AKP, who supports Erdoğan etc. This struggle has taken a lot out of Turkey, everyone that associates themselves with Islam or Islamism – let’s just say Islam – the neutralisation of Gülenism has not strengthened the AKP in Turkey. They are losing the same battles together.

But while the AKP is waging this war, the war against Gülenism, Erdoğan has had the chance to postpone or conceal his own losses. After all, it can be seen that these two actors in Turkey, after this war – for some it has been from a certain period onwards, for others, from the beginning – have really nothing left to offer. I keep stating this over and over: even if there are some people who love Fethullah Gülen, who are attached to him or may even consider their own death for him, this wouldn’t be that shocking, there is no way that Gülenism can regain the strength it once held in Turkey.

Another aspect is of course that people who have broken away from him, people under his influence may join other organisations. Perhaps they may want to restructure Gülenism. It’s not really possible to say anything this right now. On the other hand, I think that a similar situation applies to Erdoğanism or “Reisism” or AKPism.  They are actually disappearing together. The destruction of the Gülenists appears more visible and much faster with the intervention of the state. The destruction of the others is less visible. And will say what I always say is that, the inadequacy of the opposition has led to this confusing scenario.

After all, the Gülenists and the AKP government who used to work and act together are now fighting against each other and this has taken a lot out of Turkey. It continues to take a lot out of Turkey. They’re all collapsing together. But the collapse of Gülenism is happening faster. Clearer, it is more visible. And I think that the fallacy of the AKP getting stronger as it strikes and hits the Gülenists is working for the advantage of AKP. In conclusion, however, there is absolutely no winner in this war. Both sides are losing this war. During this war, the country has, and is losing a lot of its energy. However, I do think at some point that we will see the benefits of this war, which will consume both sides together. So, at this stage I see this situation as a potential improvement for Turkey’s sake.

Yes, that is all I have to say. Good day. 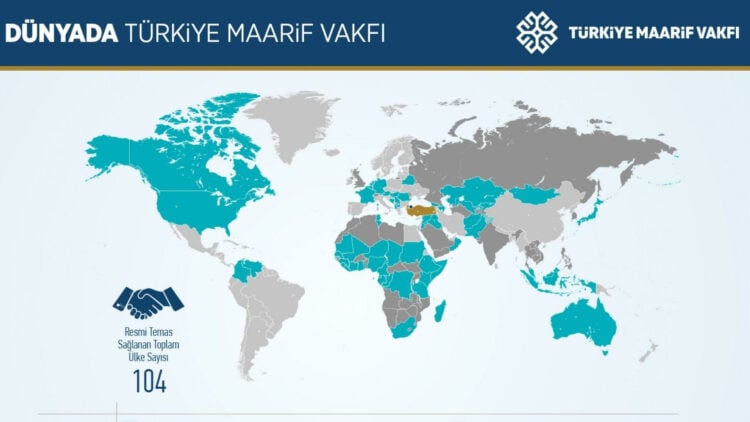 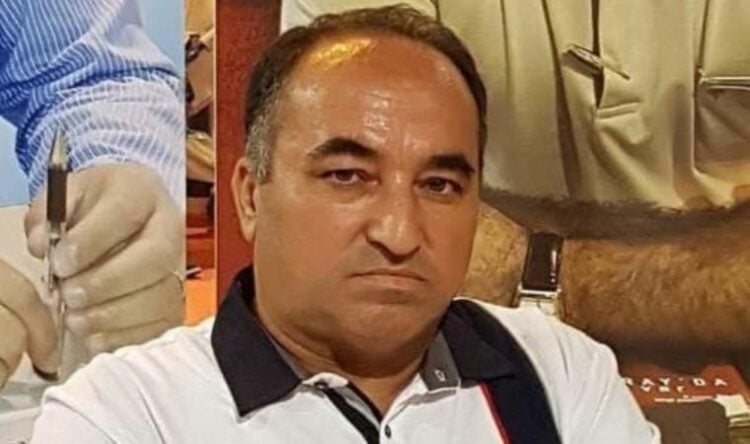 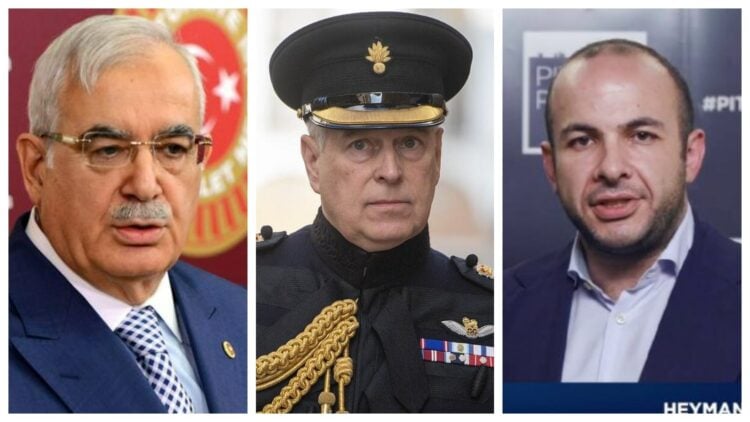 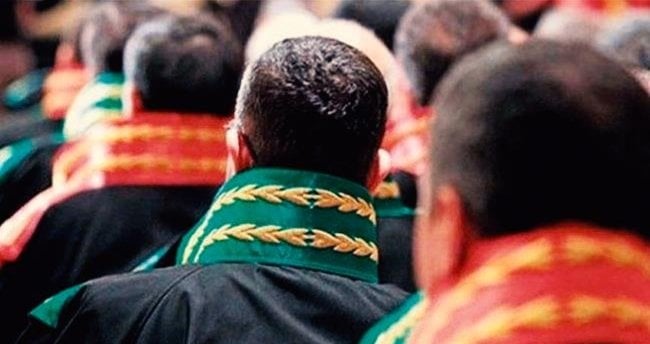