Turkish President Recep Tayyip Erdoğan and United States President Joe Biden met Sunday on the sidelines of the G-20 summit in Rome, Italy. The meeting was the second between the two leaders since Biden took office last January. The leaders, who had previously met briefly in Brussels in June, had been expected to meet at the United Nations General Assembly in New York in September. This meeting, however, did not come to fruition amidst rocky diplomatic relations, with President Erdoğan quoted at the time saying “I cannot say we’ve had a good start.”

The diplomatic circumstances in which the two leaders found themselves in on Sunday, however, could hardly be described as better. Turkey averted possibly its worst ever diplomatic fall-out with the west last week after the Turkish Foreign Ministry walked back on President Erdoğan’s request the ambassadors from 10 western nations be declared “personae non gratae” and removed from Turkey. These 10 countries, which include the United States, had issued a joint declaration the previous week demanding the release of Turkish businessman and philanthropist Osman Kavala, imprisoned for four years on terrorism charges. This move angered President Erdoğan, who accused these countries of meddling in Turkey’s judicial affairs. Tensions were only calmed after the countries released a second joint statement pledging their commitment to the Vienna Convention, which precludes diplomatic missions from interfering in their host countries’ internal affairs.

At Sunday’s meeting in Rome, topics such as Afghanistan, NATO, and Turkey’s potential purchase of F-16 fighter jets were expected to take center stage. President Biden reportedly expressed gratitude for Turkey’s long-term involvement in Afghanistan, in particular the management of the Kabul airport, which concluded at the beginning of September following the Taliban’s takeover of the capital. Both sides released generic, albeit upbeat messages after the meeting on Sunday. President Erdoğan’s communications office announced on social media that the meeting had been “held in a positive atmosphere” and had “addressed bilateral relations and regional issues.” The White House released a short statement saying Biden had stressed Turkey’s importance as a NATO ally and arbiter in Syrian and Libyan conflicts, while voicing concerns over Ankara’s acquisition of the Russian S-400 missile system. Turkey’s purchase of this missile defense system from Russia, initiated in a 2017 agreement, remains among the thorniest issues separating the two NATO allies.

In a relationship with many contentious and nagging issues, Turkey’s potential purchase of F-16 fighter aircraft was among the most current and relevant at Sunday’s meeting in Rome. Turkey, an original investor in the United States’ F-35 fighter jet program, was removed from the program in July 2019 due to security concerns surrounding Ankara’s purchase of the Russian S-400 system, a move which allegedly compromised NATO security. As a result of its nearly $1.5 billion investment in the program, Ankara has demanded new F-16 aircraft and modernization kits in order to renew its aging air force fleet. Lawmakers in the United States, however, have been reluctant to fulfill this request. Although President Biden reportedly remains open to the idea of providing Ankara with a fresh aircraft fleet, a bipartisan group of 11 House of Representative members recently signed a joint statement urging President Biden not to follow through on the deal, saying in light of recent events that “Turkey continues to behave like an adversary.”

Should the US fail to follow through on the F-16 deal, Ankara remains insistent that it be compensated for its $1.5 billion investment in the F-35 program, either in the form of weapons or cash. Turkish Foreign Minister Mevlüt Çavuşoğlu reiterated following Sunday’s meeting that Turkey’s options remain open should the F-16 deal fall through, including turning once again to Russia. Some experts, however, remain skeptical that Ankara would be successfully remunerated for their $1.5 billion investment. On last week’s edition of This Week In Turkey, defense expert and analyst at EDAM Organization Sine Özkaraşahin expressed the unlikelihood that Ankara would receive either the requested fighter jets or reimbursement. Noting that Turkey’s removal from the F-35 program in 2019 had taken place under legitimate grounds of compromising NATO security and intelligence, Özkaraşahin characterized the requested weapons or cash remuneration as improbable.

Sunday’s meeting in Rome followed a similar pattern for recent US-Turkey summits, ones in which cordial words and friendly photo-ops have been exchanged in absence of real progress in resolving the numerous disputes separating the two allies. In an analysis released yesterday on the Rome meeting, Medyascope‘s Ruşen Çakır noted the constant desire for more meetings, which convey a functional working relationship with the Americans to the Turkish public, seen as an important piece of President Erdoğan’s electoral viability domestically. Nevertheless, Çakır argued that the meetings consistently fail to change or address any central issues, including Biden’s recent Armenian Genocide recognition, American funding of YPG Kurdish militias in northern Syria, or the F-16 fighter jet issue. As these central disputes remain unresolved, meetings between the two leaders have been rendered ineffective of late. Çakır also noted the unlikelihood that the US Congress approves Turkey’s F-16 acquisition, regardless of the working relationship between Biden and Erdoğan.

In a move that reinforced Çakır’s assessment and likely doomed any resolution of the F-16 issue, a second bipartisan letter was released by Congress yesterday (1 November). Signed by 41 US Representatives and addressed to US Secretary of State Antony Blinken, the letter urged against the sale of the F-16 jets to Turkey. The letter condemned Turkey’s recent “rogue” behavior and alleged that President Erdoğan’s recent actions have escaped accountability within the NATO alliance.

While US-Turkish relations remain at a standstill following Sunday’s meeting, former US Senator Jeff Flake was appointed the new US Ambassador in Ankara last week. Flake, who served as a Republican in both the Senate and House of Representatives for over a decade, left office in 2019 and was a noted critic of former President Donald Trump. As was expressed in Congress’ letter yesterday, Ambassador Flake has declared that Turkey must face additional sanctions if it continues to acquire Russian weapon systems like the S-400.

With her “I will be Prime Minister, not President” comment, Akşener hints at opposition unity and a return to parliamentary system 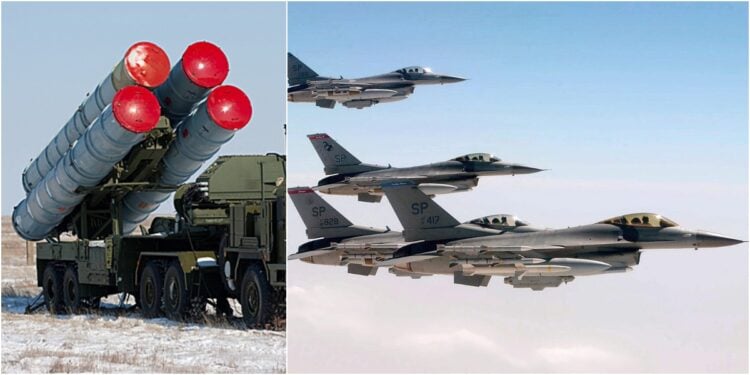 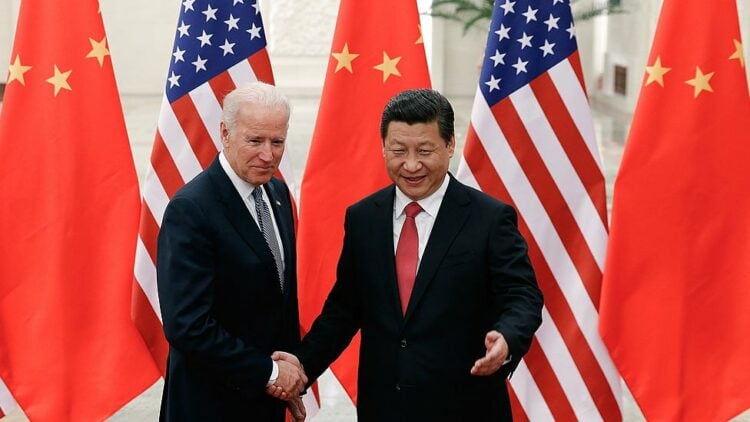 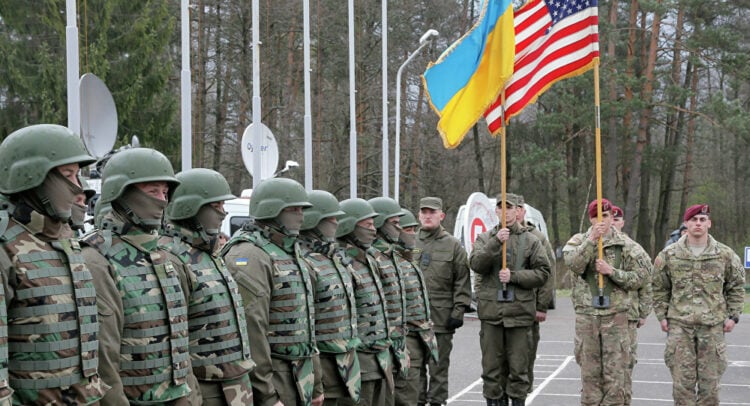 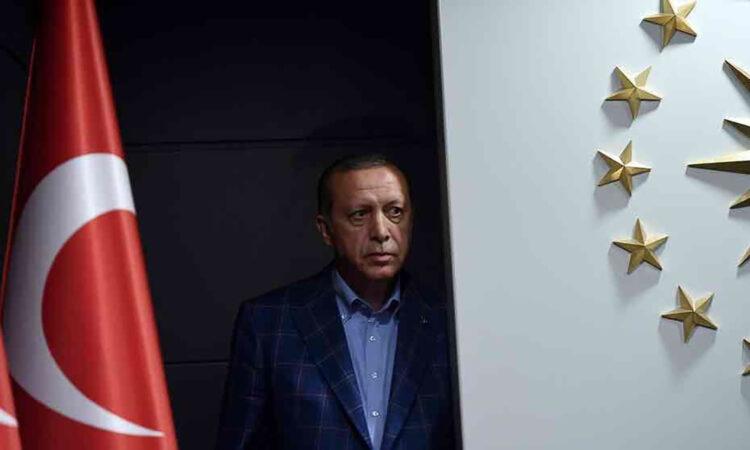 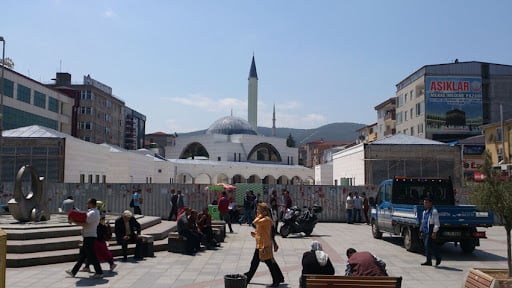 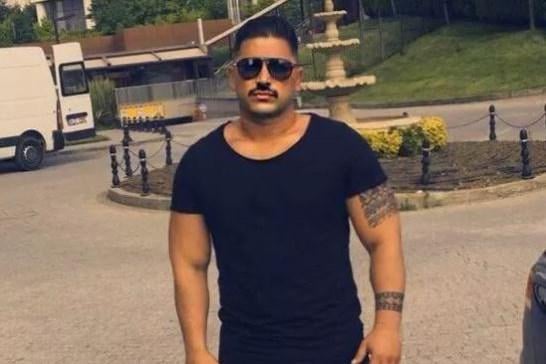